This business of seeing what’s in front of you, of actually dealing with the reality of that surface and the marks that you place on it, is central to any notion of notation; i see it so i can say it. -bpNichol

Interrupted Nap is a recording from the 1982 collection, Ear Rational. In it we hear snippets of a narrative, “Once upon a time…,” which are interrupted by bursts of vocal sounds. It sounds as if the narrator is having difficulty telling the story. The word “aphasia”, the inability to make sense in language or of language, appears at the end of the piece. In Interrupted Nap, either the listener has receptive aphasia, or the narrator has expressive aphasia. 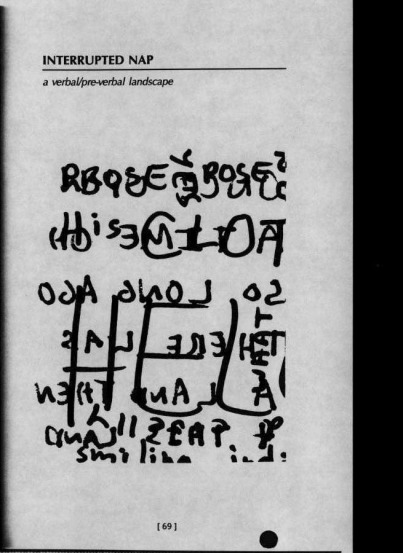 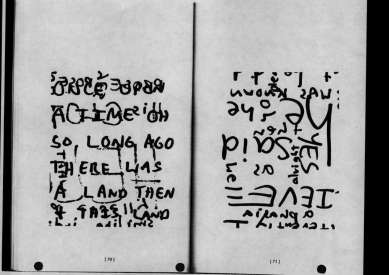 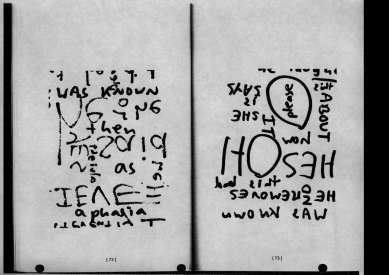 The source text is a series of visual panels that appear to have been reproduced from pages on which someone has used a magic marker to write. The marker has bled through each page to the subsequent pages onto which new material has then been written.

Nichol presents the text as if his visual and speaking faculties operate like the head of a magnetic tape recorder, reading and speaking the information on the page including the “noise” from the marker bleed.